Warning: "continue" targeting switch is equivalent to "break". Did you mean to use "continue 2"? in /home/ubcbg/public_html/ubc-bg.com/web/en/wp-content/themes/uncode/partials/elements.php on line 896 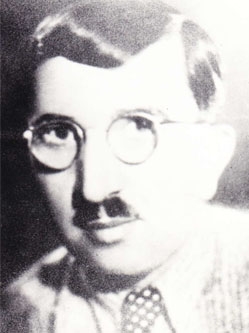 Misho Todorov studied music in Geneva (around 1912) and Dresden (around 1922) with Dalcreuse and other eminent pedagogues. Upon his return, he taught music at the Male High School in Sliven (up to 1956). In 1926 he founded a music school in town and was its headmaster up to 1950. He was among the founding members of the Sliven Amateur Opera, its conductor and honorary president. He took an active part in the music life in Sliven as pianist and accompanist.

He composed children’s operettas, some of which were performed throughout the country. He also wrote Bulgarian Rhapsody for chamber orchestra; piano pieces; marches for wind orchestra; choral and solo songs; music to theatre productions in Sliven. His song “Izgnanik” (The Banished) was very popular.